Riley McGill is a second-year student in the Department of Mechanical Engineering. She is conducting undergraduate research under Professor Kaushik Jayaram Animal-Inspired Movement and Robotics Lab (AIMRL).

I had the opportunity to work in the Animal-Inspired Movement and Robotics Laboratory (AIMRL) this year through the Uplift program. At AIMRL, we are studying cockroaches and spiders to design a robot that mimics their movements and the robustness of their bodies. While there, I helped build a palm-sized, six-legged robot. I really enjoyed the experience and the people I work with every week.

The fall semester was a time of observation, and I had the chance to help out and gain hands-on experience. It was during this period that I learned the most, as I was taught how to operate prototyping machines. While I focused on the process of building and designing the cardboard robot legs and bodies, I also learned a lot about other projects in the lab related to things like electronics, kinematics, and design. electroadhesion.

The skills I learned during this time are extremely important and will have the most impact in the long run. Although they may seem like simple tasks, using the laser cutter, heat press, drill press, soldering iron, and other machines was an extremely important part of my time in the lab. . Not only have these skills allowed me to contribute to the construction of the robots, but they will also allow me to succeed in any engineering position that I acquire.

I also learned a lot about electronics and coding. The robot’s legs are powered by motors, with speed and direction controlled using an app and Bluetooth connection. Because I focused on the mechanics and structure of the robot, I didn’t often work on the electronics. However, I still learned a lot about the Arduino coding language and Arduino-compatible PCBs. There was a lot of trial and error in getting the code right, so I got to experience that aspect of engineering design as well. 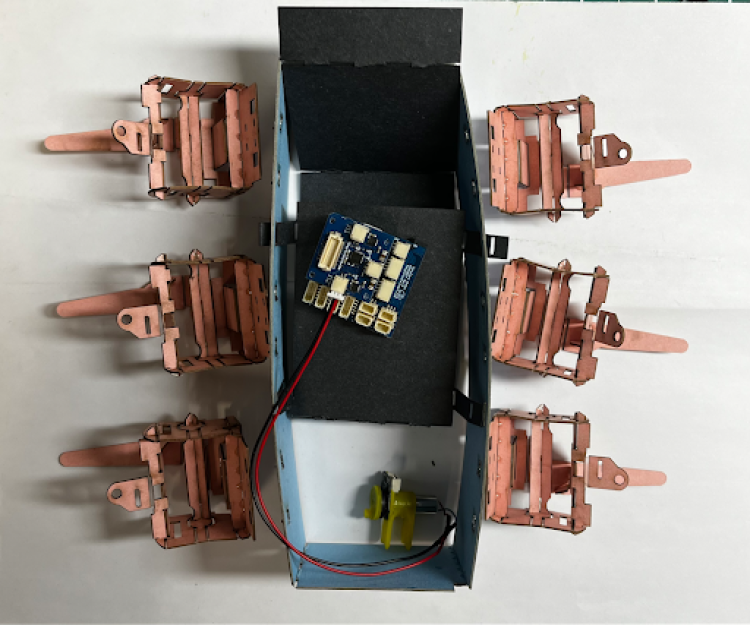 I’m still working on this project and I continue to learn more about robotics, design, electronics, and the engineering process each time I work. The overall experience of this project and working in a research lab has been very exciting and rewarding. I learned so much about engineering that I didn’t learn in class because I’m getting hands-on experience.

My advice for any student interested in research is to give it a try. I also encourage any student who is unsure of what kind of job they want to pursue after college to get involved in research. It’s hard to know exactly what you want to do when most courses in the first 2 or 3 years of college are conceptual and equation-driven. Research has been extremely helpful to me in learning how to apply what I learn and what kind of fields I can pursue with a mechanical engineering degree.

Watch videos from the Animal Inspired Motion and Robotics Lab