Researchers of the month

Here are some of the senior graduates we will miss. … We wish them all good luck in their future projects and activities!


Bismi Biju
is a major in biochemistry with a minor in health, medicine and society. Under the mentorship of Dr. Howard Sirotkin and Ph.D. candidate Amalia Napoli in the Department of Neurobiology and Behavior, her research focuses on studying the effect of NMDARs on developmental neurogenesis using a zebrafish model . Bismi’s research was supported by the URECA Summer Research Award in 2020. She presented at URECA Symposia in 2020 and 2021; and also presented at the Mount Sinai and Stony Brook Young Investigator’s Review symposia. Outside of the lab, she has been involved with Students Helping Honduras and the SBU Bioethics Society. She is also an active social worker for the Red Cross. Bismi plans to pursue a master’s degree at Stony Brook in biophysics and biomedical sciences starting in the fall. 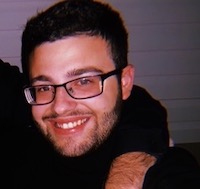 Thomas Conway
is a linguistics and mathematics student who began his research working with Grace Wivell and Professor Lori Repetti on the “Lio Education Materials Project” in January 2022. Thomas’ research interests relate to linguistic typology and temporal semantics and spatial. Her current work examines serial verbal constructions in an Austronesian language, Lio. Her project explores the semantic and syntactic properties of these verbal constructions, with the aim of comparing them cross-linguistically to other languages ​​that exhibit this phenomenon. Thomas presented his work at the Cornell Undergraduate Linguistics Colloquium last April and will also present this work at the upcoming URECA Symposium. After graduation, Thomas is looking to present this work at the Linguistic Society of America conference in January 2023. He also plans to continue working with Grace Wivell on Lio, as it is a language under -studied and there is still much to explore, linguistically. Ultimately, Thomas plans to pursue his doctorate. in linguistics. 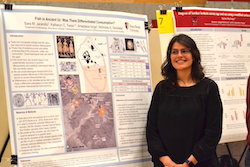 Sara Jaramillo
is an anthropology major with a minor in Latin American and Caribbean studies who became involved in research in the summer of 2021 at the Zooarchaeology Lab under the supervision of Dr. Katheryn Twiss. For her honors thesis project, she measured the fishbone densities of different houses in the Mesopotamian city of Ur to better understand the differential exploitation and consumption of this key resource. She presented the results of this study at the annual conference of the Society for American Archeology in April 2022 in Chicago and at URECA 2022. Last summer, Sara worked for the African American Museum in Southampton under the supervision of the Dr. Jennifer Anderson of the Department of History. With Professor Anderson, she explored the impact of African-American-owned businesses on the local community in the mid-20th century – also investigating the interactions between eastern Long Island’s migrant worker communities and businesses. African-Americans in the region. For the past year, she has served as Vice President of the Undergraduate Anthropology Society. This summer, Sara will participate in a community archaeological project with the Eastern Pequot Tribal Nation and UMASS that will explore the

survival of indigenous peoples in colonial New England
. She plans to continue her research with Professor Twiss and to work on the publication of the results of her thesis. 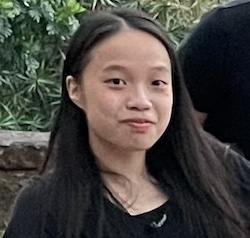 Amanda Lee
is a physics and astronomy major in the Women in Science and Engineering (WISE) honors program. Amanda has current research interests in the study of star formation and the evolution of the interstellar medium (ISM) in galaxies and has worked with Dr. Jin Koda since her sophomore year. She worked with Dr. Koda to study the main drivers of interstellar turbulence using a simulation of a Milky Way-like galaxy and is currently working with Dr. Koda to study the M83 galaxy using VLA observations. In the summer of 2021, Amanda was a REU student at the University of Hawaii and worked with Dr. Adwin Boogert and Ryan Dungee to study CO gas around the huge young binary Mon R2 IRS3. She plans to present this work at the 240th meeting of the American Astronomical Society this summer. After graduating, Amanda will pursue a doctorate in astronomy at UMass Amherst. 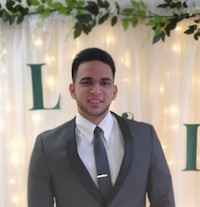 Liomard J Mesa
is a computer science major. Software engineering has always been Liomard’s main passion in his studies, a field in which he has always had a lingering curiosity beyond the classroom. He has been involved in research under the mentorship of Professor Richard Mckenna since his second year. Research was crucial to him on his journey through Stony Brook. Lio’s research work in the Wireframer project has enriched his knowledge by allowing him to delve deeply into web development. The Wireframer is an online web application designed for local computer science students to use to create wireframes and UI mockups. It has been used by CSE 316 students as a free tool to develop user interfaces for their applications in previous semesters. In a way, the research acted as a scale model of what he might encounter in the near future. He presented his work during the URECA 2022 symposium. It should be noted that Lio’s research expertise acquired through the Wireframer project was a crucial factor in his search for an internship in 2021. Following this, he was offered a position as an intern software engineer for the summer of 2021, which he still retains today over extensions. Lio was also part of the Diversity Professional Leadership Network Externship in his senior year and was also a teaching assistant for the “Software Engineering – CSE 416” course at Stony Brook. 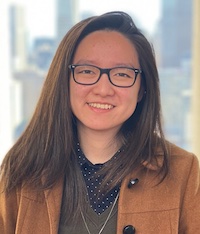 Alice Mo
is a philosophy major from Brooklyn, NY. She has been researching Plato since fall 2020 when she participated in a graduate seminar taught by Professor Alan Kim on Plato.
Parmenides. She wrote an article on Platonic metaphysics. The following spring semester, she pursued independent study with Professor Clyde Miller; she wrote an article on dialectics,
specifically in Plato’s Sophist. In the summer of 2021, she attended the University of Colorado Boulder’s Philosophy Summer Seminar, an intensive program for advanced undergraduate students on the subject of epistemology and ethics. During her final year, Alice worked on her honors thesis entitled “A Search for Explanations: Platonic Answers to Aristotle’s Objections on Separation and Regression”, under the supervision of Professor Kim. She was inducted into Phi Beta Kappa and received the SUNY Chancellor’s Award for Student Excellence. She will be a student in the Intensive Ancient Greek Program at the CUNY Latin/Greek Institute this summer and will be pursuing an MA in Ancient Philosophy at the University of Oxford in the fall.


Karine. How has being involved in research enhanced your training?

B
ismi. Participating in research has helped me put into practice the concepts I learned in my biology and biochemistry classes in the laboratory. It’s one thing to learn concepts in a classroom and another to be able to practice lab techniques in research. It also allowed me to digest the scientific literature. I acquired skills that allow me to feel prepared for my future projects and to be more interested in the field of neurobiology!

Leo. Being involved in research enhanced my education by helping me determine early on which areas of computer science I was really interested in. This allowed me to confirm my interest in web development and immerse myself in it more.

Alice. Doing research in philosophy has been an extremely valuable experience as it has taught me how to think, read and write better, skills that will be useful to me in any future endeavours. It challenged me to critically analyze other people’s arguments and think deeply about how I feel about both the approach and conclusions about how people approach some of the most fundamental issues. . Research can also allow you to build a strong relationship with your advisor, which can be extremely rewarding academically, professionally, and personally.

Amanda. I had the chance to participate in research projects in astronomy both theoretically and observationally. The research allowed me to apply and deepen what I learned in class, as well as develop my critical thinking skills. It was an enriching and rewarding experience.


What is your favorite aspect of research?

My favorite aspect of researching history and archeology is being able to combine different sources of information to uncover stories waiting to be told about past societies. I also find it helpful that this information can be articulated with the present to create a fuller understanding of how past events affect our society today.

Thomas. My favorite thing about research is that there is no predictable end. Although you may have come to a conclusion on a question you may have, there are always other questions that arise along the way, and usually by accident. For me, this is the most enticing part, you never know where your research will lead you!