Undergraduate Research Opportunities Program (UROP) Celebrates 2021 Savit Fellows Josh thompson and Evie Kiehfuss, which push back the disciplinary boundaries in art and cinema. We encourage you to learn more and view the exhibits of their work.

Last April, Josh and Evie were awarded UROP Scholarships, which provide financial support for undergraduates to partner with professors on projects in any field of study. Savit Fellows are selected annually from among the recipients, with priority given to projects with impact in the arts and humanities.

Since 2017, Savit Fellows have broadened the possibilities of performance art, opened up new ways of thinking about clothing design, produced a play based on veterans’ testimonies, created more virtual reality experiences interactive and open inclusive spaces for LGBTQ + athletes at CU Boulder.

Growing up in Highlands Ranch, CO, Josh was content with the hope that he would become an engineer. Then he stumbled across the film program at CU and “immediately fell in love with this art form”.

Josh considered himself a movie buff but had never considered a career in film. Now pursuing a major in film production with a minor in creative technology and design, he directs his own films and has “synthesized my passions into one degree.”

In the future, Josh hopes to “incorporate STEM into my films to make experimental showcases of scientific phenomena.” His latest effort pushes the boundaries of visual storytelling to explore the complexity of individual perception and social experience.

Effigy: a short film exploring life and empathy uses four different audio tracks, fragmenting the experience and inviting dialogue between viewers. Josh explains that “every story has unique milestones and signifiers, but all end in the same place.”

“I see cinema as a means of scientific experimentation, guided by hypotheses that can enrich our understanding of the human experience. With UROP funding and the support of mentor Sheiva Rezvani, Josh dreams of a career in film and intends to continue “breaking the rules of classic film production”.

Contradictions of the pandemic 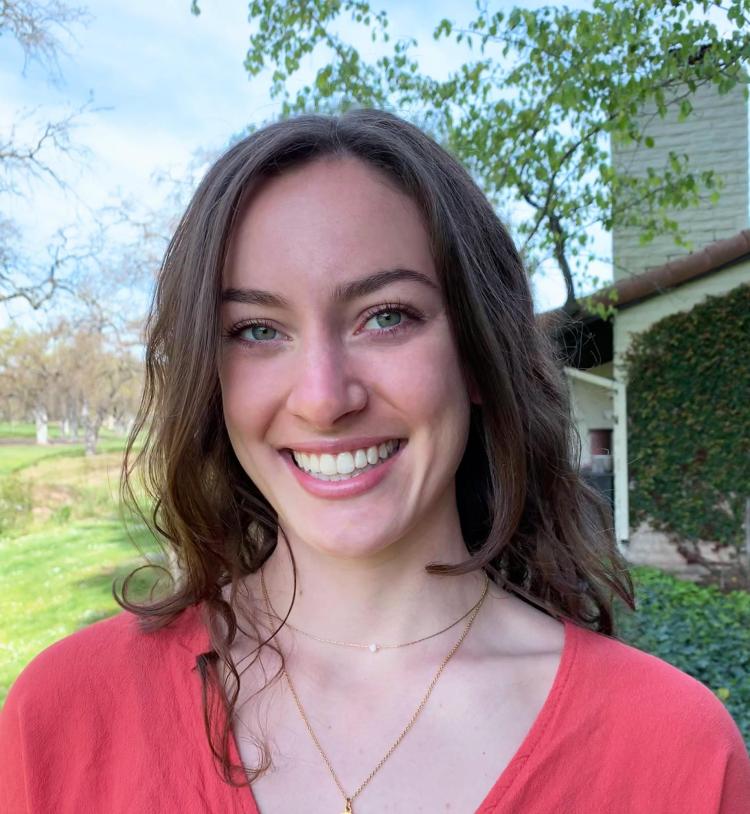 Evie, a major in artistic practices, was born and raised in Marin County, California, and her interest in art began as soon as she was able to hold a pencil. Although the pandemic resurfaced the anxieties developed in childhood, art paved the way for healing.

Growing up, Evie developed an irrational fear of getting sick. “I have often convinced myself that I was sick when in reality I was not.” Through hard work, Evie overcame her fear in high school and freed herself from the thoughts that once weighed on her. Then the COVID-19 pandemic struck.

As her health anxiety returned with the pandemic, Evie began to channel her emotions into her works to relieve stress. Her latest and largest art installation is a way to represent her personal vision of the pandemic.

Contradictions of the pandemic, an exhibition of oil paintings, shows the loss of contact and community by focusing on the beautiful things and highlighting the places and activities that we shared but could no longer share. “They are,” Evie reminds us, “always full of beauty.”

Ghostly figures appear in the paintings, hinting at what we could do before the pandemic, and are deepened by acrylic sheets suspended in front of each canvas. These represent the perspective of health anxiety – a distorted view of the contaminated world.

UROP’s support allowed Evie to work on a larger scale for the first time and refine her artistic style with oil painting. Her mentor Marina Kassianidou provided inspiration, expertise and support.

Contradictions of the pandemic
End of September, dates to be determined
Visual Arts Complex (VAC) 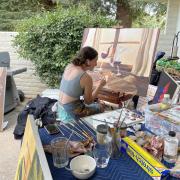 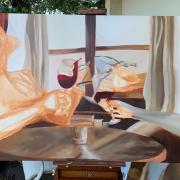 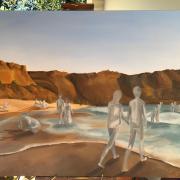 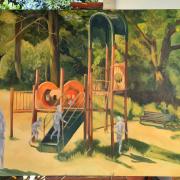